If Sci-Fi and Hollywood blockbusters have taught us anything, it’s that when the inevitable alien invasion occurs, it will be loud, brutal and fairly unpleasant for most of us. Our new interplanetary overlords will strip our planet of its resources and show no remorse for humankind.

But let’s move away from science fiction and consider science fact. What do the leading experts in the field think about the possibility of alien invasion? What are the odds that aliens actually exist? What would the aliens look like? And what method would they use to pop by?

This edition of BBC Earth’s Weird Science investigates the likelihood of alien life… and potential attack.

What are the chances?

Our sun, hanging daintily in the centre of the solar system, is a single star. Our galaxy (the Milky Way) has a mere 400 billion additional stars, all doing a similar sort of thing, with a potential 6 billion Earth-like planets orbiting them.1 And once you consider there could be 2 trillion other galaxies in the universe, then you’re suddenly dealing with numbers so huge they’d even make a mathematician cry.

With billions of potential receptacles for life spinning out there in space, surely at least one of them is inhabited? And if that were possible, would these potential life forms be capable of extinguishing life elsewhere?

The Nobel Prize-winning nuclear physicist Enrico Fermi2 was puzzled that alien life had not been discovered yet. He formulated the Fermi Paradox to describe this apparent contradiction: there was no scientific evidence of extra-terrestrial life, but the probability that it existed was high. Solutions to the paradox range from the theory that alien life may not be advanced enough to make contact yet, to the suggestion that aliens maybe don’t want to have anything to do with us.3 Rude.

In 1961, astronomer Frank Drake created an equation to estimate the number of alien civilisations that are close enough for us to have heard from: N = RfpncflfifcL.4 The latest calculations, using a variation of the Drake Equation, suggests that the odds of us being the only intelligent life in the Milky Way are between 53 and 99.6 percent.5 There are too many unknowns to calculate anything more accurate.

So, in short, there might be intelligent life out there or we might be all alone. Some astrophysicists believe alien life of some kind could be right on our doorstep, while others are pretty categorical that the creation of life on our planet was a freak occurrence that could never be repeated elsewhere.

Would they have the traditional grey skin and big eyes?

But if there is life out there, what would it look like? We’ve all heard stories of close encounters – usually on a rural road somewhere in the American Midwest – where the aliens witnessed tend to have a fairly uniform look. Grey skin, big eyes, no fashion sense at all.

But is there any logic in aliens looking like this?

The elements that make up life on our planet (nitrogen, hydrogen and oxygen) are widespread throughout the universe. So, this would suggest that, if these conditions are replicated elsewhere, life, in some form, could emerge.

However, we also know that whilst life on our planet began relatively soon after Earth was formed, it evolved in many different ways. Once upon a time, the whole place was teeming with dinosaurs – but when they died out, they weren’t replaced with more dinosaurs. Instead, a whole new range of creatures evolved, suggesting there’s not one, singular, optimum form for life on Earth to take. A massive variety of creatures can exist and thrive on this planet, and just as readily die out and vanish.

So, alien life would presumably need all the things we need to survive, such as energy, protection from predators and a way to move - but beyond that they could look startlingly different. Just consider the bizarre undersea creatures that move and eat and avoid being eaten but look NOTHING like us or anything else.

Aliens could all look like Vin Diesel, or something our brains couldn’t even contemplate. Like most astrophysical things, there are simply too many possible answers.

How would they get here?

The universe, as you may have heard, is big. A space craft like NASA’s Voyager-1, travelling at 17.3 km/s (10.5 miles per second), would take 73,000 years to reach our nearest neighbouring star.6 Applying factors such as the distance between stars and the conceivable speed of travel, it’s been calculated that the nearest potential alien life is within 20 light-years away.7 Which is still very far (one light year is 9 trillion km / 6 trillion miles – the distance light travels in one Earth year).8

Mind you, our alien pals may have advanced transportation methods to get here sooner – maybe making use of worm holes or warping space-time. We will have to wait and see.

We also have to contemplate Dyson spheres. Whilst this may sound like a new and exciting device for vacuuming the house, it’s much more chilling than that. Distinguished Russian astronomer Nikolai Kardashev9 devised a three-tier system to describe how technologically advanced an alien civilisation may be. A type I civilisation is capable of collecting all of the energy that falls on their planet from their sun. A type II civilisation would be able to collect all of the energy from their parent star remotely in space, rather than on the planet itself. This would have to involve a massive solar energy collector orbiting the planet, known as a Dyson sphere. It’s a bit like the Death Star in Star Wars; an entirely constructed celestial body (but used to harness energy, rather than destroy planets). It might be one great ball of solar panels or just loads of interconnected solar panels.

And if this alien civilisation has managed to build one Dyson sphere to serve their needs, they could be promoted to a type III Kardashev civilisation. Here, they start to grab the energy from neighbouring stars, then slowly build a network of Dysons that could eventually harness the energy of an entire galaxy.

And these solar vampires would need the materials to build these planet-sized structures. So you can assume – as they advance through a galaxy building their spheres – they’d extract what they needed from any defenceless planets they encountered. But one of those planets couldn’t be us, right? RIGHT?

Are they closer than we think?

Now, don’t panic, but in 2013, bizarre signals reached NASA’s Kepler space telescope…10 and suddenly the prospect of a Dyson sphere in our galaxy became a faint possibility…

The telescope had been scouring the Milky Way for exoplanets, planets that orbit stars outside our solar system. These exoplanets are spotted when they pass in front of a star; the starlight appears to dim as they partially block it out. This dimming is usually quite uniform and predictable.

But Kepler identified an event that was not uniform and predictable… It was strange and irregular…Something very un-planet-shaped was passing in front of the star.

Could this be a Dyson sphere in our neighbourhood? And, if it was harvesting the juice from that star, could our sun soon be in its sights? More space telescopes were pointed at the potential Dyson sphere to try to ascertain whether a highly advanced alien civilisation was at work nearby.

Should I be worried?

So, is it time to lay out some sort of buffet for the highly advanced Dyson sphering alien civilisation that is about to visit us? Well, don’t get the vol-au-vents out of the freezer just yet because all of this star snooping has led to an updated theory. What the scientists had witnessed might have been caused by… dust. Large clouds of space dust – possibly from a moon that was destroyed in some way – could have been the irregular shape that caused the unpredictable changes in light. So, if it wasn’t an alien megastructure that means we can all rest easy… Can’t we?11

Well, since this discovery, other stars with strange dips in light have also been observed. Could they be Dyson spheres? And could their creators be galloping towards us at an alarming rate? If there really is extra-terrestrial life threatening to crush us all – close enough to target our star and capable of harnessing the energy around a planet – then there just MIGHT just be a slight cause for concern.

Or perhaps they could be really, really nice. We’ll just have to wait and see…

For more on Dyson Spheres and alien life - enjoy this episode of Weird Science.* 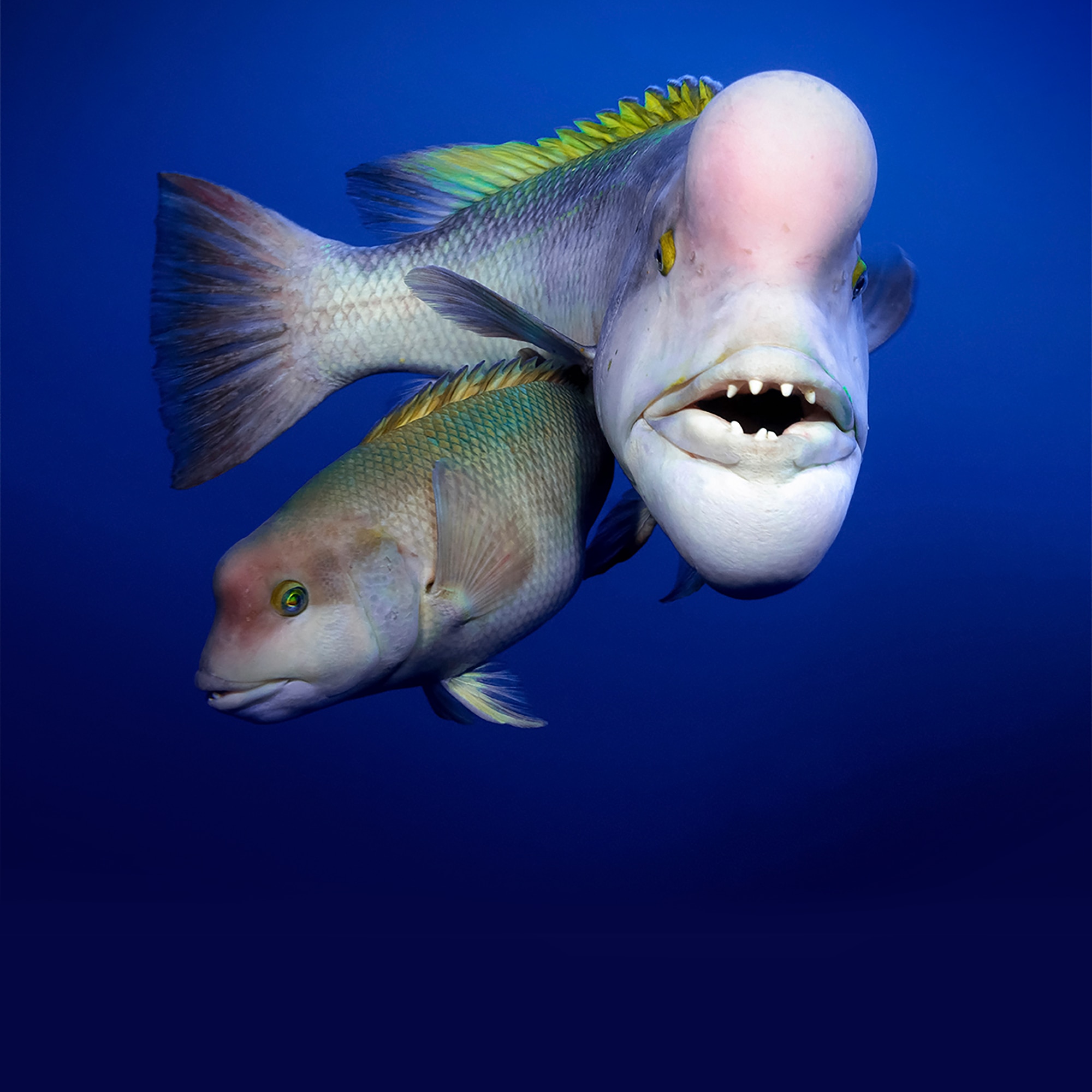